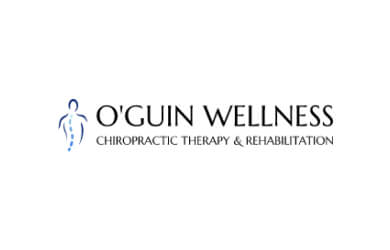 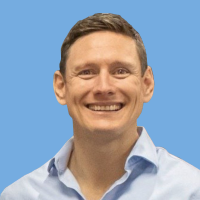 Dr. O’Guin has been a practicing chiropractor in Kirkwood since 2008. He has taught advanced biomechanics, rehabilitation, and myofascial techniques at Logan University. Additionally, he has lectured on how to build a more resilient spine for other chiropractors through the Missouri Chiropractic Physicians Association. His obsession with studying how the body functions best has led him to want to share what he has discovered with everyone interested in feeling and performing their best.

As a chiropractor my main interest is in treating the muscles, joints, and other soft tissues of the body.  As you will see shortly my approach differs from the current healthcare model.  The following are some of the flaws of our current healthcare system: 1) waiting too long until there is enough damage to actually be detected by imaging. 2) only focusing on the site of the break or pain. 3) Having the primary goal of only removing pain. This model of waiting for major injury to occur is exponentially more expensive that simply taking the necessary steps to keep the body aligned the way it is intended to be.  For example joint replacement surgery has doubled between 2000 and 2006.  Osteoarthritis known as the wear and tear disease is predicted to have costs rise by 40% by 2030.

My approach is similar to the old saying of an ounce of prevention is worth a pound of cure.  Rather than waiting around for major injury to occur people should take action years or even decades in advance.  Diet, exercise, and controlling stress are the primary active ways of maintaining  your health.  Chiropractic treatments, however, offer an excellent option for people looking to realign their body and reestablish proper posture and movements.  This not only offers a wonderful way to prevent injury but is also paramount for creating optimal functioning of the body.

So what exactly is it that I do to offer this great quality of life for my patients you may ask.  First of all I do offer relief for patients who are in pain, but many times the site of pain is caused by a break in the body due to a dysfunction somewhere else.  For example it is now becoming clear that most knee pain is caused by either hip or ankle problems.  Similarly shoulder pain is many times caused by rounding or decreased motion in the mid back.  Unfortunately many times injured joints or tissues are viewed as independent structures when in reality joints, the spine, and muscles need to work in coordination and in unison with each other.

My model of treatment is to focus on the entire body. Instead of focusing only on the quantity of movement in one area I concentrate on the quality of movement throughout the body.  According to the functional approach of rehabilitation, the timing of muscles being activated during particular movement patterns are actually more important that the strength of the muscles.  This is the same for elite athletes as well. Although they are strong, what separates them from others is their level of coordination and control of their muscles.  Some leading authorities such as Stu McGill suggest that chiropractic adjustments act as a reboot for the central nervous system allowing for more coordinated firing of muscles that cross the joints being adjusted.

Another important aspect of what I do is releasing tension in tight or overused muscles.  Muscles many times become tight due to compensation of other muscles which are tight or underused.  Pain can come from the tight muscles (chronic tension), weak muscles (prone to injury), or the joints that suffer from wear and tear due to improper biomechanics relating to the muscle imbalances.  When treating the muscles it is important to detect and correct imbalances in the body. We utilize a variety of muscle techniques to release tension of the muscles. This includes myofascial release, trigger point therapy, ultrasound, stretching, and post isometric relaxation.

What happens when you crack your neck?

There is no conclusive research that would lead us to come down hard on this question.

Core stability is gaining a lot of attention these days and for good reason.